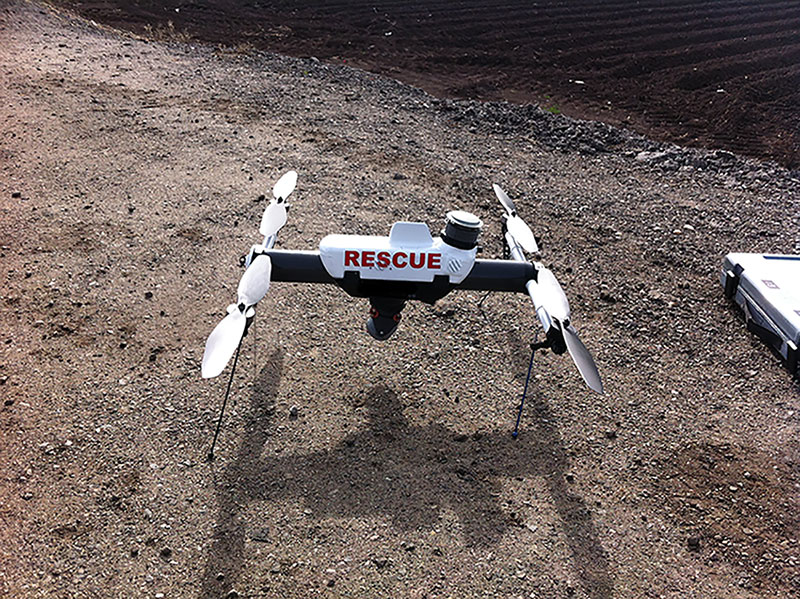 2016 is sure to be the year of the drone. Since day one the technology has steadily improved, making each new drone better and more reliable. Also with the improvement of applications, accessibility is even more convenient for the user. Controlling the drone from a distance away with a remote could never be more simpler. This increasing popularity has now made some of the worlds biggest companies look into using drones as part of their services. Amazon unveiled plans for a new delivery service that involved a drone that can fly vertically and horizontally, making it capable of landing in customers’ gardens like a helicopter and also flying like a conventional plane. It is being presented as a futuristic delivery service that aims to carry purchases to customers within an impressive thirty minutes of an order.

With it’s unique safety features built into the vehicle such as the ‘detect and avoid’ sensors, that allows the drone to fly around obstacles, Amazon is hopeful that it will be enough to get the green light from government regulators, who have previously been sceptical of the idea of delivery drones.

2016 seems to be the year of Hoverboards, with their popularity increasing day by day. It’s major influence on the general public is unknown although a famous scene from ‘Back To The Future II’ may be apart of that.

The Omni Hover board is the model that is recognised the most as a hover board people would expect to see. You are able to stand on top of the rotors. To get it working you need upward force to push against the gravitational force. The props pushes air downward that results in an upward force on the rotors. What makes it awesome to use is that you can go up and down as well as side to side. It can fly on both water and land.

With it’s release set to be in 2017, Google are aiming to have their own drone service delivering goods to consumers. Named the Project Wing, it first made headlines in 2014 when footage emerged of a remotely controlled flying machine that was part helicopter and part plane. With it’s main priority being delivering goods to customers, Google is also keen to use this technology for delivering vital supplies to areas hit by natural disasters. Although it has a short development time it’s already looking promising. When it eventually arrives it may find itself in stiff competition with other companies such as the giants like Amazon, not only in the air but on the ground too as other startup companies look to pursue automatic package delivery.

Multi-rotor systems have been introduced that are less mechanically complex, easier to control and more compact than the radio-controlled helicopters that explored the aftermath of Katrina. The changes to the software and user interfaces have made an even bigger impact for controlling UAVs and image quality. The new software now turns images into maps that are more accurate than satellite imagery and 3D reconstructions, allowing responders to see a disaster from any angle.

UAVs have been used more and more for two main reasons. Firstly, they provide better vantage points and higher resolution images than satellites, helicopters or planes. Secondly they are much faster to deploy and responders can control them more tactically. There are far less restrictions for a UAV, they can be flown into a hot zone, deployed and capture the images needed in less than no time. It proves to be a simpler and faster process.

The popularity of drones being used on farms across the world is no secret. With the demand of drone data rising, so does the number of companies who want to provide it. Here are some of the companies that provide these services:

AgDrone – A drone that provides an all in one hardware/software/data storage solution. It can be fitted out with an array of sensors including thermal imaging, stereoscopic and multispectral NDVI (Normalised Difference Vegetation Index). All data captured can be accessed from any computer and even includes a tablet that puts the user in total control. eBee Ag – This drone is popular for it’s capabilities of flying down on the farm. It comes with an infrared camera, but optional add ons can give the user the capability to create 3D thermal maps of a field. It’s senseFly’s eMotion flight planning and control software allows users to plan and simulate a flight before it takes off and even monitor and edit the flights route in mid air. AG550 – Aerial Technology International recently burst onto the scene of agriculture and began selling custom multi-rotor drones that can be configured with all the standard cameras and sensors. While multi-rotor drones don’t have the same extensive battery life as a fixed-wing model, they are more agile and can be flown very close to the ground. With the ever growing influence of drones, it will not be long before the sky will be filled with drones, delivering goods to consumers, surveying lands and fields, helping authorities in emergency scenario, recording footage for further television and film projects and much more.