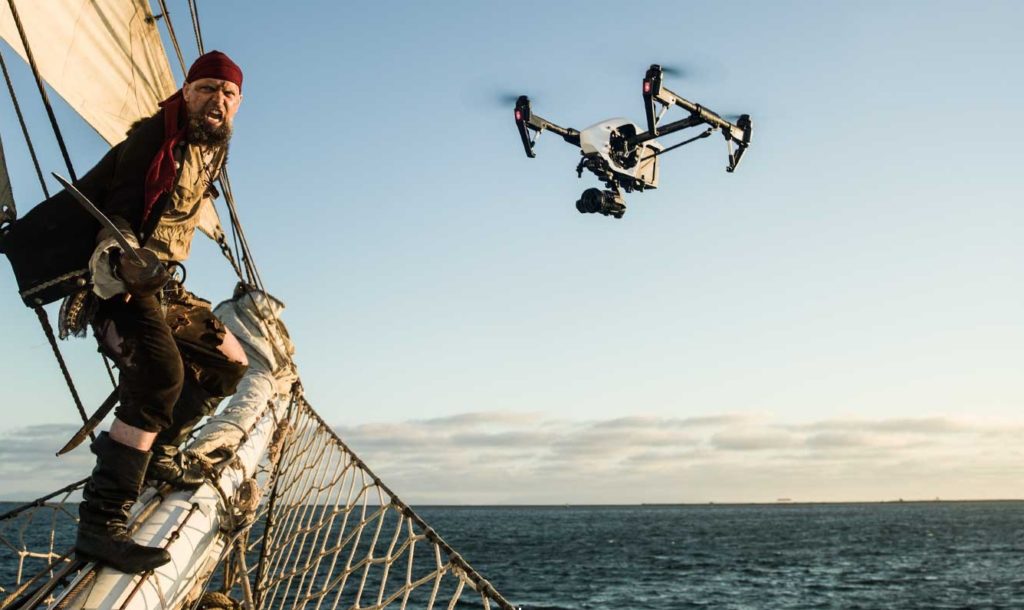 The DJI Inspire 1 Pro is definitively a drone built for professional filmmakers, taking the Inspire 1 and moving above and beyond into ultra high definition. It’s also a joy to use.

The key difference with the Inspire 1 is the camera that is attached to the drone. The Pro can be fitted with the built-for-purpose Zenmuse X5 or X5R cameras (rather than the Inspire 1’s Zenmuse X3). The X5 comes with an adjustable aperture and frame-rate control, giving the operator precise command over the device, and is able to shoot at a much larger scale, filming in ultra-clear 4K and capturing crisp, high definition stills at 16 megapixels. At the same time, the lightweight drone packs in surprising power, hitting speeds of almost 50 mph in the air, while staying up for up to 18 minutes. Given the potential range offered by its speed, it’s fortunate that the Pro can livestream 720p HD video at a distance of over 3 miles.

Like the Inspire 1, the control system can be split between a pilot and a camera operator, allowing for an even greater degree of precision when filming, and, for additional control and safety, the drone also comes with a range of programmable options. These include an automatic take-off feature; the ability to set a programmed flight path between 3D waypoints; and a focus lock in which the drone will remain focused on a specific pinned space or object while it flies. Meanwhile, DJI’s impressive Optical Flow technology, combining cameras and sonic technology, means that the drone can move with extreme precision, and hold its position, even without GPS. In the event that the controls are dropped, the drone will register and automatically hold steady.