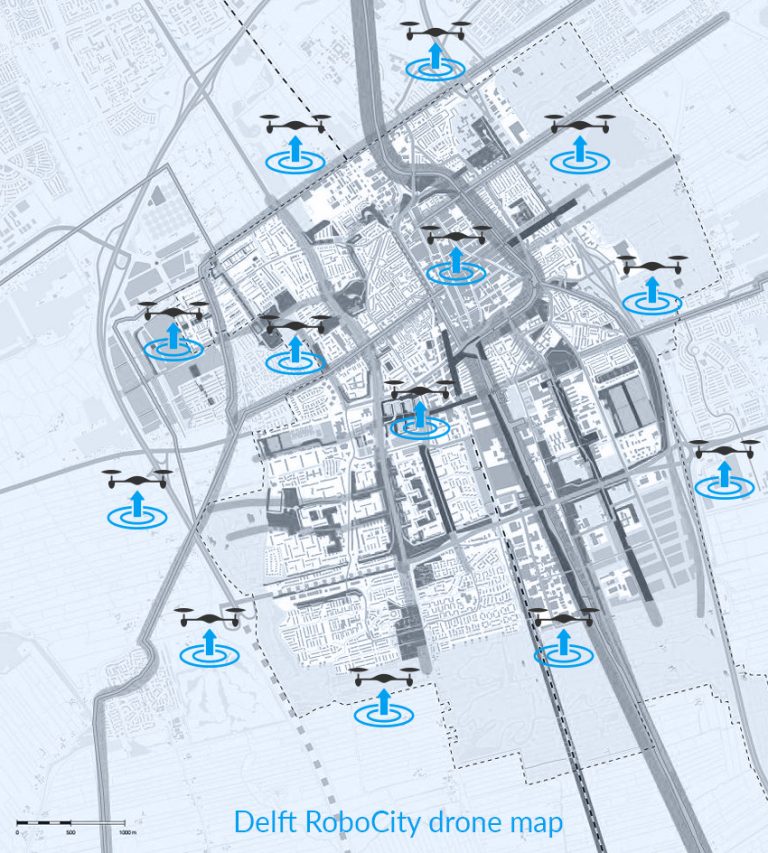 Delft, formerly famous for Delftware pottery, has become a high-tech hub, bringing together expertise from the nearby Valkenburg test site; the University of Delft, which has amongst the largest concentrations of robotics researchers in the world; and positive relations with local regulators. Importantly for drones, the organisation also has strong ties with the national aviation authorities.

DAR hopes to establish drone docking stations around the city of Delft, to fly a fully autonomous network of drones. The highly accessible system will then feed back a supply of data – that could benefit developers (overseeing contruction), farmers (optimizing their crop yield) and urban planners (monitoring the environment). The docking stations, meanwhile, will monitor weather conditions and the drones’ diagnostics to ensure safe flight. The drones themselves will be relatively cheap, with the information delivered as the end product, supplied by a developed system architecture.

Lucas van Oostrum, co-founder of the project, said: “The autonomous drone network will function similarly to satellites, in that they will provide an array of data for different users on a cost-effective and real-time basis.”

DAR itself is made of a network of startups, academics and individuals from the drone industry, all working together to develop autonomous flight. In much the same way that drones carrying out surveys are set on programmed flight paths, an autonomous network achieves a huge gain in efficiency; and by sourcing data from an existing network, customers achieve a further gain in efficiency.

The project is anticipated to be live over Delft within the next year. Just don’t call it Skynet.