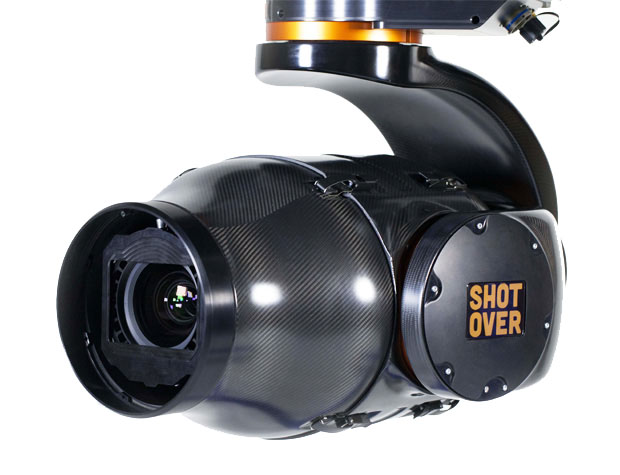 In the world of aerial camera equipment the Shotover F1 is breaking new ground for stabilizing platforms. Combining stability, control and sheer versatility, the platform is tough to match, bringing together features and flexibility for operators filming from a helicopter.

The F1 offers a 6-axis gyro stabilized platform, providing absolute confidence for a smooth, controlled shot (with a 360° pan and a 180° tilt view of the ground below, from right side up, to fully inverted). It is able to accommodate over 150 camera and lens combinations (including the Red Epic and Dragon, Arri Alexa M and Alexa Mini, Sony F55 and Phantom Flex4K) and can be rapidly set up as required. Due to its carbon fiber frame it’s also light enough that it can be shipped as excess baggage on flights.

This demo reel from Shotover shows the F1 catching dramatic footage, over a windfarm and mountains.

Using the advanced Gimbal Controller, the operator has complete control over the action. Meanwhile, the platform’s flexible design makes it fully upgradeable – so you will be able to fit cameras and lenses in it in the future that don’t exist yet. The Shotover F1 can also be used to catch high speed action at ground level, filming from cars and boats.

Shotover cameras have been used in recent blockbusters like Zoolander 2 and Captain America: Civil War, and will feature in the forthcoming Suicide Squad, Independence Day: Resurgence and The Fast and The Furious 8.

Bee Aerial is able to provide aerial filming services, shooting from helicopters, both in the UK and internationally. We have expertise in operating and filming with the Shotover F1 as well as a wide range of equipment. If you are unsure whether a helicopter or a drone would be best suited for your project, just get in touch and we can assess your requirements.